In other fandoms, remixes of theme songs, collaborations on popular artists, and even originals works by individuals can sometimes lack personality of the person who made it. In the pony fandom, anyone who has ever made a remix to a song that gets a few thousand clicks on YouTube, or someone who gets original work published on bandcamp, is automatically put into a long list of brony musicians. And for the most part, we all remember them. It makes me wonder if some day, some of the artists we thought were cool, or as cool as a YouTube account makes you, turns manestream and actually ends up doing something that the whole word can recognize, and not just bronies. My thinking is that it could very well happen, and sooner than most would think. 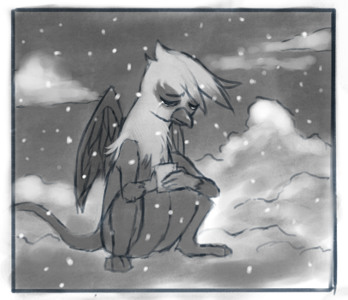 I once saw you running from them what did they, do to you

They turned you into a fool, but you are nobody's fool

They took something special from you, something you would not release

There's a girl that I know

Feathers as white as our winter's blanket of snow

Her heart is longing for someone to call her own

But she's all alone, alone

I'll admit, that I'm not usually the type of brony that responds well to tear jerking from media groups. I am, however, a fan of well-organized tellings of the story not heard. The story about the bad guys and their viewpoint of everything going on. A little perspective is all it takes to begin to understand why Gilda acted the way she did in the episode when she was rude to Rainbow Dash's friends.

So let's picture it then. You're a griffon who went to a flight school, probably in Clousdale, and met Rainbow Dash, someone who would end up being a longtime friend and then to a friend who wasn't who you thought she was. And maybe, at the same time, Rainbow Dash had some growing up of her own to do, as she was still cool enough to enough fun flying times with Gilda, but lacking of the bad girl montage that Gilda would show whenever she acted with ponies she did not know.

There is no excuse for being rude or mean, or steal, or frighten. And then again, maybe that's the griffin way. Thanks to Gilda, everything we know about griffins has been defined by the way she acted in this episode.

JackleApp counters this thought with the idea that Gilda may not be such a bad girl after all, and is poorly understood. And if you disagree that Gilda deserves any sympathy whatsoever, then I will be watching your eyes very closely when we get to talking about Trixie. 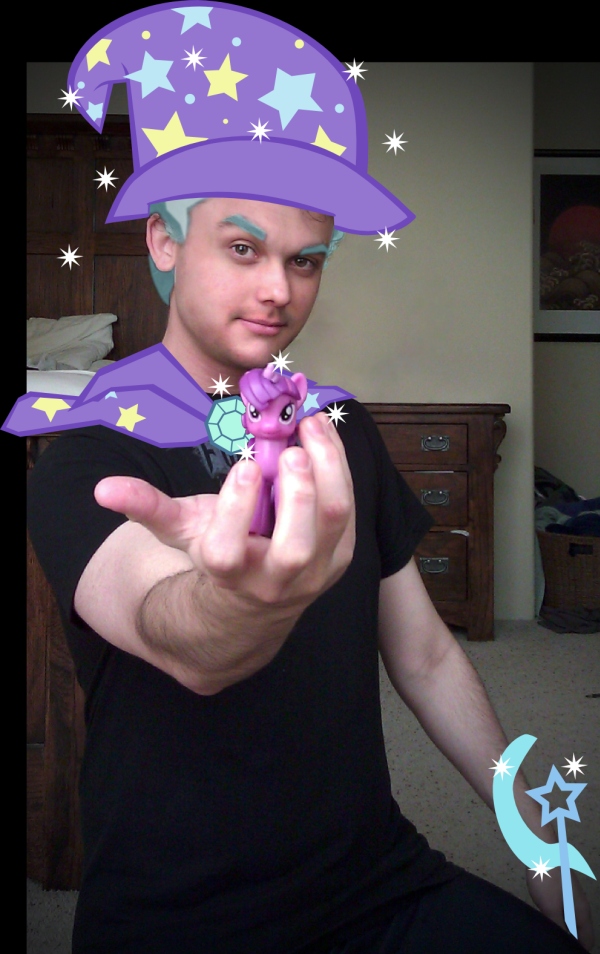 You know, this is only minorly relevant, but new bronies now-a-days, probably see Trixie first on Equestria Daily before they do organically in the show. Hm. Interesting.

Anyways, while we're not drifting too far away from redemption of villain characters, it's important to note that Trixie is the true queen of the redemption story, even before she got one, sorta.

PinkiePieSwear, who became one of the earliest bronies to solidify his name into the fandom pool of names your should know, made a glitch remix of events of Boast Busters, and titled it her 'good side'. Not sure how that was possible, and even still, the song by itself doesn't really convince me that there is any redemption of her to be found. But the title of the song alone implies that this is what many people would have wanted. And they want to watch her and Twilight's interaction while it happened. Little did bronies know at the time that an episode was already in the writing stages and would eventually release in season 3.

But I don't think it's over. There are so many angles Trixie's story can be turned that there will be near an infinit supply of fiction applied to the blue unicorn, both in story and in song.