The following is a short chat RP between Silverstream and Gallus that serves as a result of the events in Expert Teas and as a prelude to How to Lose a Griffon in Three Days, starring @SteelEagle and @Hippo.

Gallus allowed himself a few moments of daydreaming as he fluttered about the school, lost in his train of thought. or trains of thought. Elsewhere, somewhere else, for sure. And not at all prepared for somecreature jumping in front of him and screaming. It had been a rather lazy day so far and he was anything but focused, even his wing flaps seemed to carry with them the slothfulness of a lazy griffon. In other words, it was the perfect way to fly towards Professor Applejack's class. Didn't have to think too much there.

After Silverstream shared notes with Yona about Professor Fluttershy's quiz, she finally felt confident. Not confident about the quiz, no no. She was sure she was going to bomb the professor's quizzes, they were typically surprisingly hard. But she felt confident that she could ask Gallus the question that had rung on her mind ever since talking with the Archancellor about how she felt. Silverstream was clearly making a bigger deal about than she needed to, but it was important to her to get it right. She did not want to jeopardize her friendship with Gallus. She jumped in front of Gallus as he was casually flying through the school halls. "Hey! Um, hi Gallus! You're going to Professor Applejack's class!?" 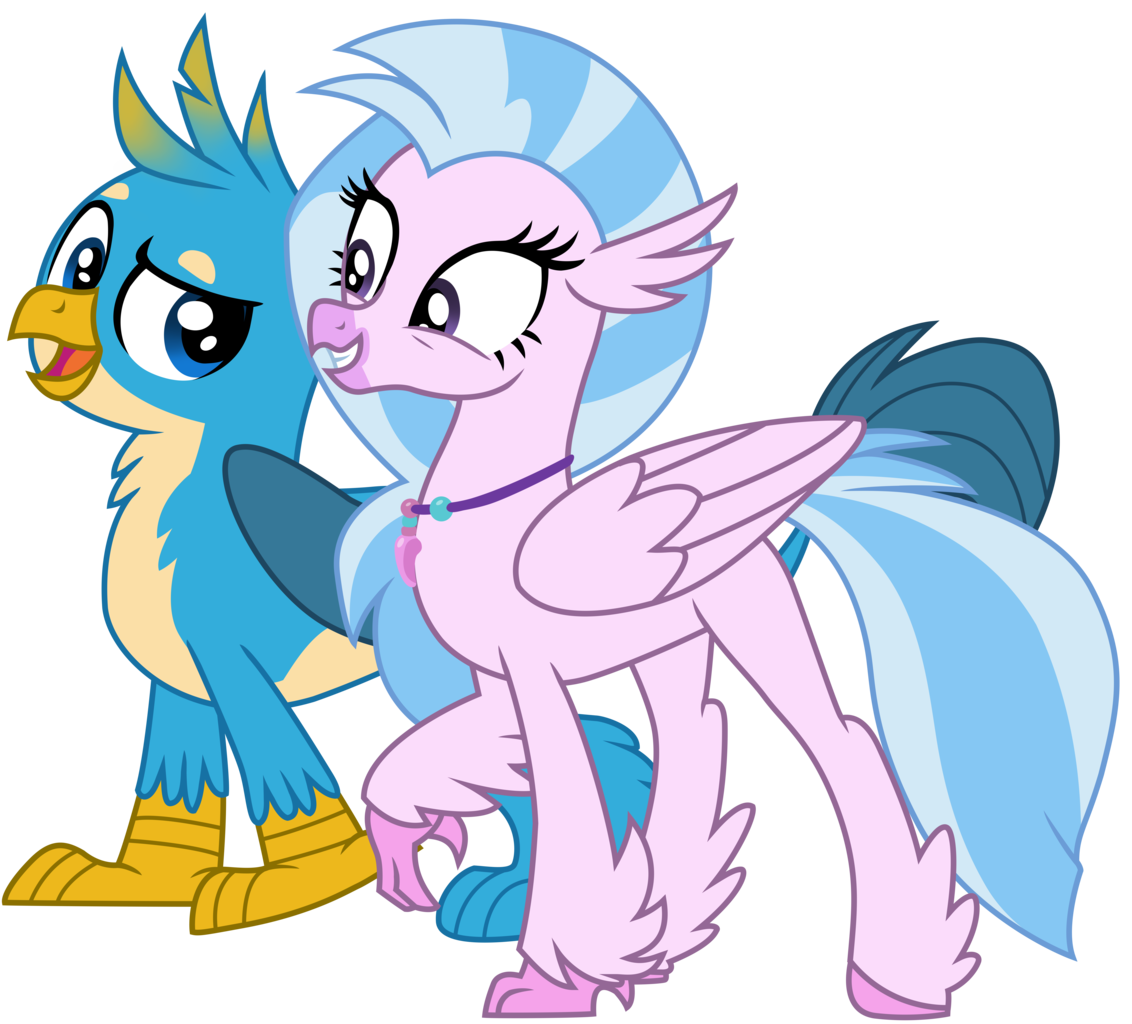 allus was pondering just how far an apple could fall from the tree before it ceased being called an apple of that tree when his world was nearly destroyed by his eager classmate, who blew through his daydreaming with all the grace of a Yak celebration. He froze in mid-air and tensed up, unleashing a muted squelch of panic before realizing who it was and landing. He very smoothly, very suavely, not at all awkwardly wiped his head-feathers back. "Oh, hey there, uhh. Silverstream. Caught me by surprise there. Gotta stop...sneaking?...up on me," he said as he started walking, though not too quickly. "Yeah, forgot some notes and a book there. Wanna get it before I am roped, literally and figuratively, into something else when she gets back."

"Oh, a book and some notes. Cool. Cool." Silverstream said blankly, maintaining a close distance to Gallus. "Wow, going to a different room to get something. Do you like to go to different places often?" She said nervously.

"Yeah. Going to different places is...something I do, I guess," he responded inquisitively as she got close. Even for Silverstream that was a weird thing to ask. He would roll with it. "I bet you like going to different places too?" he asked, nearly having to force the words out. Had he ever said anything as awkwardly stupid as that? Probably. But he didn't remember.

Silverstream gigglesnorted at the silly thing Gallus said. "Heh, yeah. Going different places is fun." She kept quiet, not knowing how to transition this into an ask. Why was this so hard? Silverstream had been blunt about things before, but now so much seemed to be at stake.

The silence was deafening if only because he knew she wanted something. Yeah they hung out all the time but never like this. She wanted to ask him something. And when she did, he did well to keep a straight face. 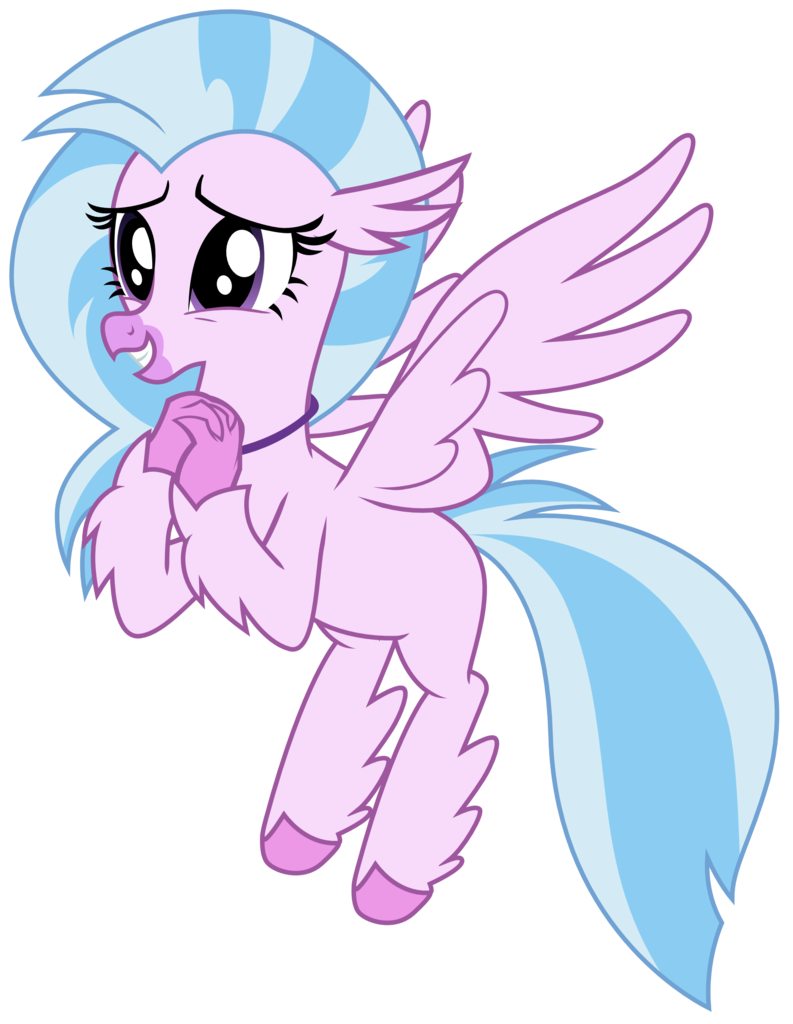 Silverstream scratched the back of her head with a talon. "Well, I was wondering if you would be interested in going to the Three Days of Freedom Celebration with me instead." Silverstream began to rethink her execution, she hadn't thought too much about what Gallus might want to do. Why would he want to go to some seapony festival, when he has his own griffon festival? She covered her face. "You know what, never mind. What was I thinking? Of course you'd want to go to the Blue Moon Festival instead of some silly hippogriff holiday. Forget I said anything." Silverstream looked pale with regret.

He died a little when she turned pale. Besides, he'd rather go anywhere else than back home. "That could be fun. When do we leave?" he responded with an unusual amount of pep in his voice as he entered the class. Somecreature had to satisfy the energy requirement whenever Silver was around and if it wasn't here, might as well be him.

From their folded position, Silverstream's feathered ears perked up. "You mean it!? You really want to go?" Silverstream jumped up and giggled. "Um, well, we don't leave for another few weeks, of course. But now I know you want to go, I can go get us train tickets." The two were now in front of Applejack's classroom. Silverstream could see the book Gallus needed to retrieve. "Oh, there's your book. I gotta go to the station quickly to book us a ride, and then I'll be back for lunch. See ya later!" And just like that Silverstream bolted from the conversation. The ability to rebound her emotion came naturally, but in the case of Gallus, any assistance she got from the griffon in terms of attitude helped her mood. 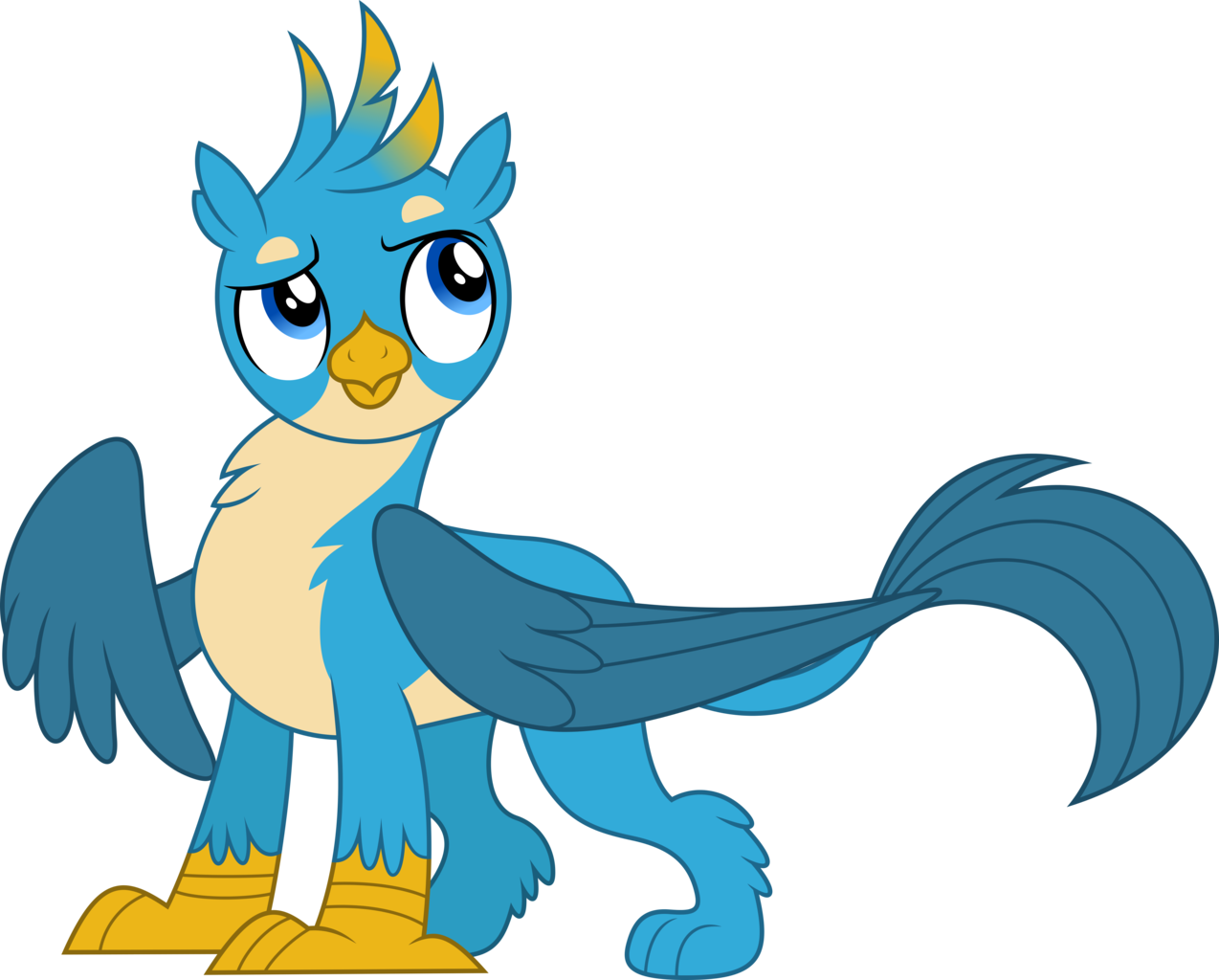 Gallus made sure to keep his face hidden from her, but he was more than pleased that he was able to brighten her day. there was nothing worse than a sullen Silverstream, especially if it was on his account. Likewise, nothing was finer than knowing he was responsible for brightening it. He didn't really fully understand why, though he could guess a little. "Alright, sounds like a plan. See you later, Silverstream," he said positively as he retrieved his book, his wide and confident smile brimming with warmth for him and him alone. 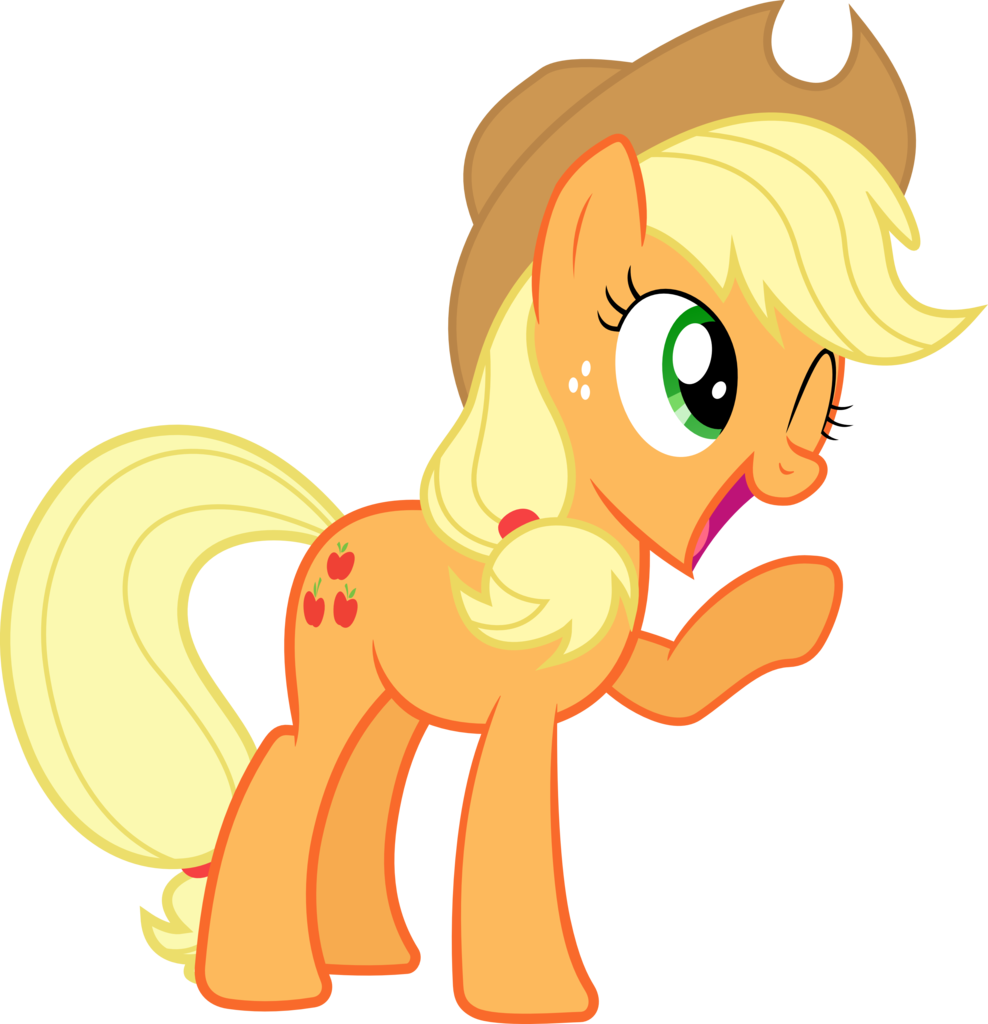 "Gallus! What brings you back here? Hey, while you're here, ya mind helping me with somethin'?" Professor Applejack brought with her a bucket of water and some towels to wash the blackboards clean of their chalk residue.

By Boreas, damnit. Well, at least she wasn't asking him to babysit her foal again. "I was getting a book and some notes," he said as he gathered his materials and left him on his desk. He wanted to say he had another class to get to but he knew the schedule well enough to know that was a pretty weak lie. And lying to Professor Buckingtree was harder than...some countryism of hers about things being hard. "Yeah, sure. I can help."